Purusha is a complex concept, whose meaning has been defined and diversified through time in the philosophical tradition of Hinduism by way of a dozen theories offered for the creation of the universe. Purush, or spirit/soul, is described in the Rigveda as a being which takes shape through the sacrifice made to the Gods. This sacrifice creates all forms of life, including human beings. Both the Sāmkhya and Yoga schools define „learning through the soul“ as a path to Moksha (deliverance, self-realization) reached through the realization of Purusha, the soul. In other words, the universe is formed through the combination of perceivable, material realities and non-exhaustive, immaterial laws in these realities, whose interaction forms all experiences of the universe – Prakrti (matter) and Purusha (soul). Purusha, as the universal soul, is omnipresent in everything and everyone, eternal and indestructible, in existence as a universal principle. It evolves dynamically and is not static. The soul is the awareness and creator of the mental laws, which have been in existence far longer than any religion or philosophy. In the Indian tradition a great and important role is held by the four Purusharthe life objectives: Dharma (obligation), Artha (prosperity), Karma (satisfaction) and Moksha (the quest for deliverance). This is in essence what defines the right or wrong path of life as well as the realizations of the personal development and purpose. In order for us to have a creative and positive longing, we are in need of a healthy mind and consciousness, as well as a healthy perception of the Artha energy, which defines and exerts the purpose of the soul. Karma is always linked to offspring and family life in general and creates positive energy for everyday creativity. Even Moksha or the spiritual liberation is nothing else than the perfect harmony between the body, mind and soul. Purushartha takes shape in the realizations of the purpose of human life, which are signposts towards a successful and harmonious way of life.

In Ayurvedic medicine Purusha means happiness, or, in other words, that the human maintains and strengthens its physical, mental and spiritual health. Happiness is not something that can be found outside of us, this blissful state exists and thrives in us. Peace of mind is required for happiness, even more so for health, which is the basis of a good life. If we want to be healthy, we need to preserve Dharma by way of the pursuit of our obligations and responsibilities towards ourselves and others. The Ayurvedic Tantric interpretation of a healthy and happy life is rooted in our positive thinking and daily work as well as our relations to ourselves and others. With its good intentions, the human being is spreading the blessings and thoughts, which, in turn, can return to him/her manifold. When the human whole-heartedly follows the Dharma, the Godly order and Purushi, these in turn start to serve life. Becoming aware of our soul is the most profound possible way of healing, not only for the soul but also for the mind. The soul exists everywhere in nature, giving life to things and maintaining their form. It is latent in the elementary empire/angels, i.e., asleep in plants, in a dream state in animals, awaking in people and becoming fully conscious of itself in the self-awakened saint. The cosmos sees itself as a living entity and considers the law, prosperity, the will and freedom as its parts to which, not only our worries and mental concepts against which we need to fight and overcome, are attached.  When the human being gains access to their spiritual soul, they activate their healthy potential and energy for a balanced and joyful life. 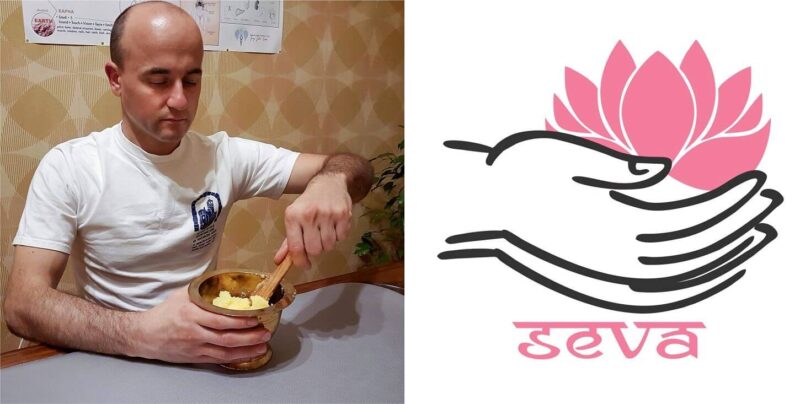 To follow one’s Dharma through the project Purusha! You are welcome to donate a gift, unused or second hand, for the „barrel of children´s happiness.“ There is a lot of space in here for everything from pencils, crayons, fountain pens, compasses and rulers down to scissors, erasers and much more. Share the joy by making others aware so that they can also fill this barrel of happiness, which, when filled up is going to be donated to schools or children and their families in Nepal, especially to those who lack the means to purchase school supplies. Why Nepal? Simply because its inhabitants are the most modest, most honest, warmest and yet the poorest of people on the entire planet. If you should ever get lost in the mountains of Nepal and you come across just anybody or a remote village, be assured that you will be end up with a place to sleep. And don´t be surprised if they prepare you a meal with the last chicken, they may have so that they can provide you with a decent meal. They will do all of this with pride and put all their hearts into it, only for you! That is how the inhabitants of Nepal really are. In order to truly grasp or feel this immense love from the people who inhabit one this planet´s most special places in the surroundings of the Himalayan Mountain range, we need to know a little of its history. Traces of human life date back as far as 11.000 BC in the Nepalese area. Around the year 500 small kingdoms as well as a confederation start thriving in the southern part of what is known as Nepal today. One of these kingdoms is the SHAKYA kingdom and it holds a very unique space among them all since a certain prince comes forth from it, born in the year 623. He willingly renounces the throne for an ascetic life he wishes to lead. His name is Siddartha Shakya, otherwise known as Gautama Buddha or even simpler as Buddha. And still today his birthplace Lumbini in the South of the country is visited by many Buddhists, but also followers of the Hindu religion, who consider the Buddha to be a reincarnation of their God Vishnu. The „barrel of children´s happiness“ is in the most part filled up through your Purusha (conscious energy), which you feel in the depth of your heart. In this endeavour of collecting school supplies financial donors are also welcome to help out with the project. This financial aid is primarily intended to cover the costs of air freight in order to transport the barrels to Nepal. The donation is mostly dependent on those individuals and organizations willing to help those who are in need. You are also donor if you simply read this and make others aware so that they can contribute to the realizations of our Purusha project.

People who work in Ayurvedic medicine must approach the hearts and souls of all people with great love and light to guide them towards an active path of the acceptance of those life habits, which will strengthen their health on a physical, mental and spiritual level. In Hinduism Sāmkhya is the most ancient of all philosophical and educational schools, according to which the universe divides life into the two energies, namely Purusha (spirit/soul – consciousness) and Prakruti (the nature of the human being). Sāmkhya is the mirror of the human´s soul, which permeates from the filament, the correct deductions, i.e., the genetic code, which has an effect on both the mind and the life path. We offer you the Seva therapeutic program (complimentary treatment based on volunteer work), which stems from the Purusha philosophy and implies altruistic work and service with multiple purposes. The therapy is aimed at people with financial difficulties and is conducted by appointment. Each of our clients recommends a person for whom they know that they need such help. The Seva program aids the person to obtain a more profound understanding of health and for that purpose we hereby invite experts from the fields such as physiotherapy and psychology, who already have a leaning towards Ayurveda, to take part in our Seva project.

In the ancient medicine of Ayurveda, it is believed that each of us has a memory of our own perfection and of a profound feeling of satisfaction and happiness, latent in us, yet asleep and inactive. The heart or the consciousness is the home of a deeply-rooted (Samsara) state of mind, our permanent emotions or the essence of all of our experiences. The projects of Purusha and Seva require from the individual to perceive a wider perspective to their lives, in other words, to ask ourselves if we actually lead a fulfilling life being supportive of our life´s purpose, i.e., the need for our inner Self (Self-reliance, distinctiveness, identity), which represents a holistic essence or the One spiritual greatness.

We try hard to make it available for you as soon as possible.

Get to know the authors (IT Melona)