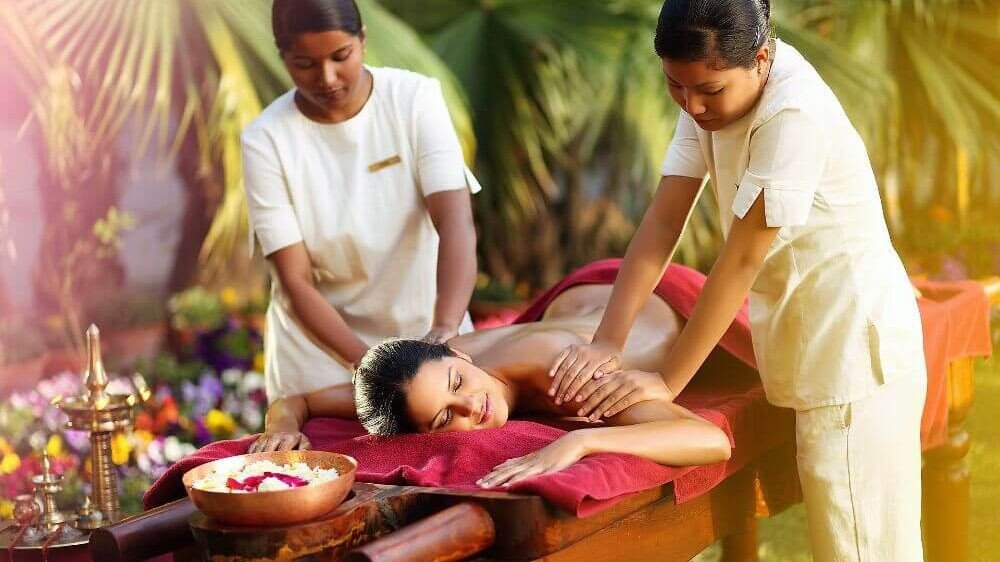 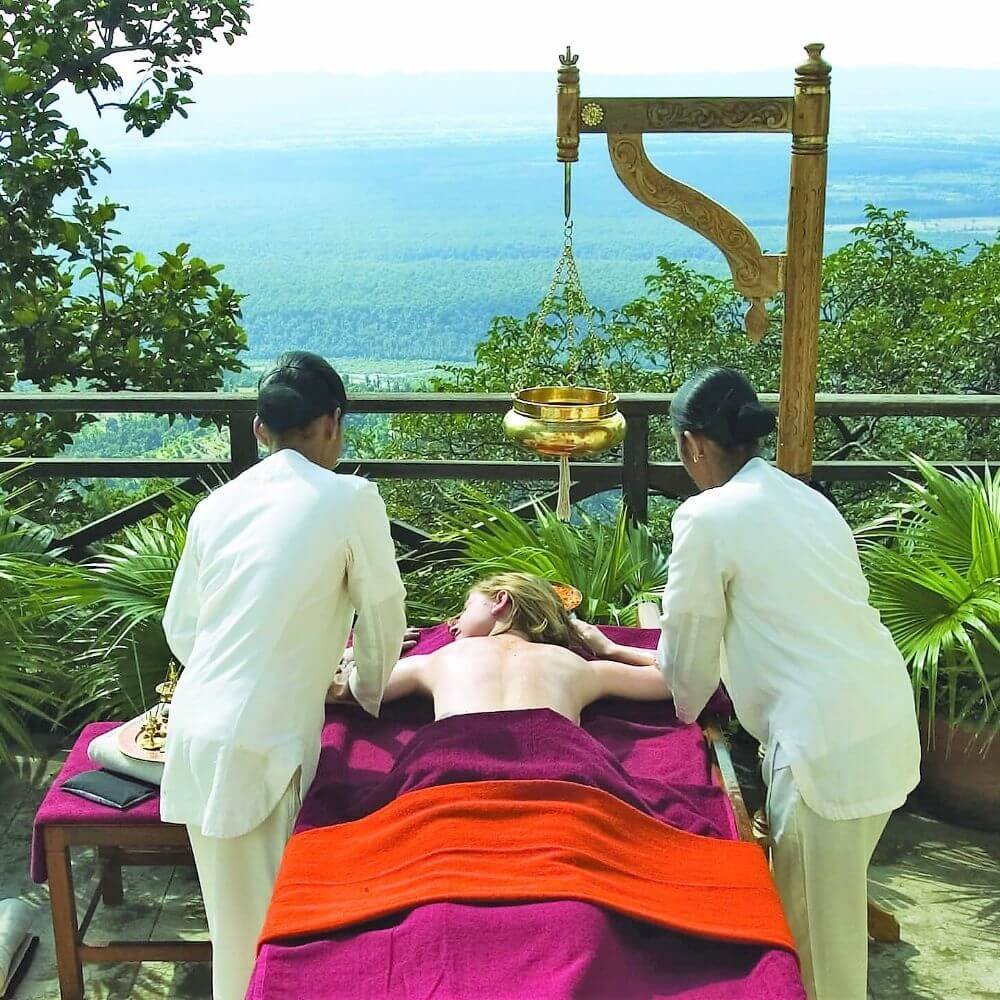 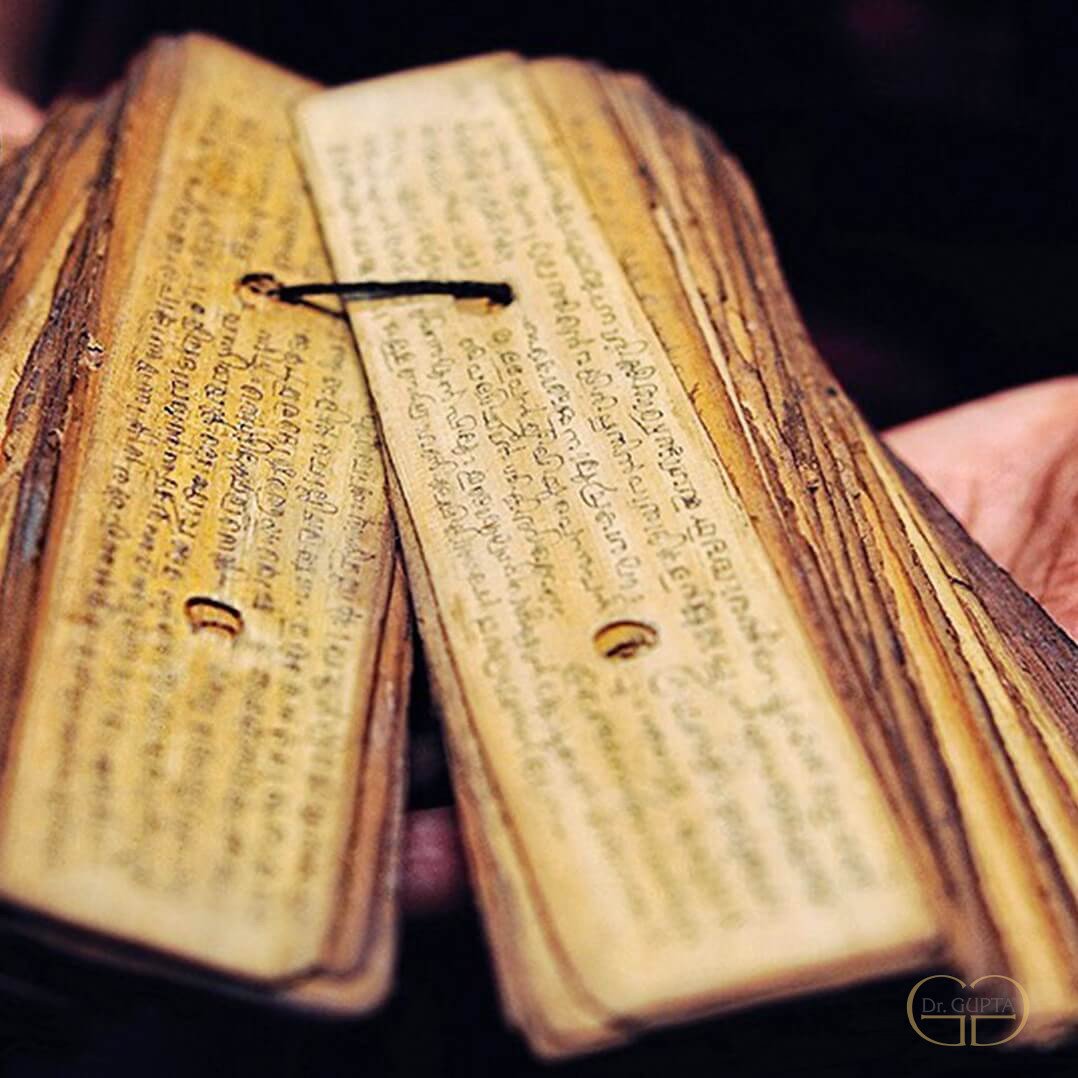 Ayurveda is more as 5,000-year-old system of natural healing that has its origins in the Vedic culture of India. Although suppressed during years of foreign occupation, Ayurveda has been enjoying a major resurgence in both its native land and throughout the world. Ayurveda is a holistic Indian system of medicine recognized by the World Health Organization (WHO). Ayurvedic medicine – the process of health therapies research shows that people who feel confident in themselves can solve problems and make better decisions, take more risks, assert themselves, and strive to meet their personal goals. By properly using the power of consciousness, we can change / heal the body, nomatter in what state it is (with thoughts, feelings, diet, lifestyle). The goal of Ayurvedic science is to maintain health in a healthy person and treat disease in an unhealthy person. Ayurvedic medicine gives an individual the opportunity for a balanced, happy life (Svastha), and fills the soul through the Ayurvedic processes of happiness and clarity (Sattva) and eliminates the negativity that is present in the human body. For example, in order for the body to achieve harmony (inner and outer happiness – Sukha), ayurvedic rubbing massage with warm oil (Abhyanga) is very useful. The soul is not a thought, feeling, perception, or performance, but what in us thinks, feels, has senses and which is wrapped in our Karma. Ayurveda is generally understood as ‘Science of Life’ translating ‘Ayus(r)’ as Life and ‘Veda’ as Science. People who work in Ayurvedic medicine must approach the hearts and souls of all people with great love and light to guide them towards an active path of the acceptance of those life habits, which will strengthen their health on a physical, mental and spiritual level.

The Vedas consider Ayurvedic medicine to be a gift of God to mankind from the Avatar of Dhanvantari, who came to us through the holy ancient Indian wise people Rishi through deep meditation. Veda Vyasa, one of the greatest wise persons of India, is considered to be the first recorder of the Vedas. The Vedas cover topics about health and the use of various plants for healing purposes. The four main Vedas are Rig, Sama, Yajur and Atharva Veda (Ayurveda means the science of life and is part of the Atharva Veda). Initially, only members of the Brahmani caste taught the principles of Ayurvedic healing and were considered physicians. But over time this changed and members of other castes also learned the art of natural healing and a special term Vaidya was introduced for those who describe, educate and heal the Vedas. Around 1500 BC the application of Ayurvedic medicine has expanded to the treatment of various diseases and is divided into eight different branches of medicine. Atreya as a school for physicians and Dhanvantri as a school for surgeons also emerged. The Chinese, Tibetans, Greeks, Romans, Egyptians and Persians came to India to learn the Ayurvedic principles of healing and care. Ayurvedic texts were translated into Arabic and used by physicians, such as Avicenna and Razi Sempion, in the establishment of Islamic medicine (Unani). In addition, Ayurvedic medicine became popular in Europe and laid the foundations of European traditional medicine. Paracelsus, the father of modern Western medicine (1600 AD) also used some principles from Ayurvedic medicine.

Ayurvedic medicine speaks its own language and claims that a person is healthy when all three bodily fluids are excreted – Doshas (Vata-Pitta-Kapha). According to the standard doctrine of Indian traditional medicine a person’s health depends on the balance of the three “faults fluids” Doṣhas and all five elements (Fire-Earth-Ether-Air-Water) are in balance; when the bodily tissues function of the seven Dhatu (Rasa, Rakta, Mamsa, Medas, Asthi, Majja, Shukra) in the body are properly developed and functioning in a balanced way; when metabolic processes are in the body, e.g. digestive fire (Agni) balanced; when the excretion of body excess (Mala – stool, urine, sweat) is balanced; when the spirit is in a state of inner peace and when the senses are balanced. If we talk about Ayurvedic treatments (ways), there are two approaches: home and clinical. Home treatment usually consists of the application of a specific diet (state of body fluids / dosha – pathology), lifestyle correction, medication and certain exercises. Clinical treatment is the Panchakarma program (the highest growing program in the world). The Panchakarma program focuses on the endocrine, nervous, digestive, blood and skeletal systems. Ayurvedic medicine, in each chapter dealing with pathology, describes numerous healings after the application of the process in the therapeutic program of Panchakarma. Therefore, it is not surprising that the interest of scientists and doctors, in India and around the world, for this traditional therapeutic form – as a prevention, but also as a cure, rises. The processes are focused on fats flowing through the veins and lymphatic system. The primary goal of the therapeutic program is to cleanse the body of all impurities (toxins), and nourish the tissues, thus ensuring old age without chronic diseases. The amount of ama (toxin) is the first measure on the basis of which the Ayurvedic doctor, together with the patient, decides to use the Panchakarma program. There are usually several treatments a day for about two hours, a minimum of one week in a row, depending on age and gender, stage and type of illness / condition.

The Panchakarma program is recommended preventively in the fall and spring, and also in the post-operative phase. Herbal drinks (tea or juices) in consultation with an Ayurvedic doctor, a specialist in