Croatia I India I Nepal

Croatia I India I Nepal

Ayurveda is a holistic Indian system of medicine recognized by the World Health Organization (WHO). The goal of Ayurvedic science is to maintain health in a healthy person and treat disease in an unhealthy person. Ayurvedic medicine gives an individual the opportunity for a balanced, happy life (Svastha), and fills the soul through the Ayurvedic processes of happiness and clarity (Sattva) and eliminates the negativity that is present in the human body. For example, in order for the body to achieve harmony (inner and outer happiness – Sukha), Ayurvedic rubbing massage with warm oil (Abhyangham) is very useful. The soul is not a thought, feeling, perception, or performance, but what in us thinks, feels, has senses and which is wrapped in our Karma. The soul is the consciousness and creator of psychological laws, which are older than any religion and philosophy. It is welcome to meet and balance the four Purusharthas (Dharma, Artha, Kama, Moksha) which are the foundations of life and health in Ayurvedic medicine. If we want to be healthy, we must maintain the Dharma through performing duties and responsibilities to ourselves and others. To have a creative, positive desire, we need a healthy mind and awareness, a healthy body, and a healthy perception of Artha energy. Kama is always associated with offspring and family life, producing positive energy for everyday creativity. Even Moksha or spiritual liberation is nothing but the perfect harmony of body, mind and soul. 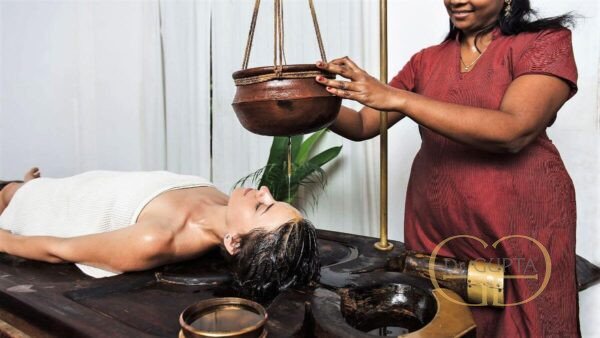 The Vedas consider Ayurvedic medicine to be a gift of God to mankind from the avatar of Dhanvantari, who came to us through the holy ancient Indian wise people Rishi through deep meditation. Veda Vyasa, one of the greatest wise person of India, is considered to be the first recorder of the Vedas. The Vedas cover topics about health and the use of various plants for healing purposes. The four main Vedas are Rig, Sama, Yajur and Atharva Veda (Ayurveda means the science of life and is part of the Atharva Veda). Initially, only members of the Brahmani caste taught the principles of Ayurvedic healing and were considered physicians. But over time this changed and members of other castes also learned the art of natural healing and a special term Vaidya was introduced for those who describe, educate and heal the Vedas. Around 1500 BC the application of Ayurvedic medicine has expanded to the treatment of various diseases and is divided into eight different branches of medicine. Atreya as a school for physicians and Dhanvantri as a school for surgeons also emerged. The Chinese, Tibetans, Greeks, Romans, Egyptians and Persians came to India to learn the Ayurvedic principles of healing and care. Ayurvedic texts were translated into Arabic and used by physicians, such as Avicenna and Razi Sempion, in the establishment of Islamic medicine (Unani). In addition, Ayurvedic medicine became popular in Europe and laid the foundations of European traditional medicine. Paracelsus, the father of modern Western medicine (1600 AD) also used some principles from Ayurvedic medicine.

Since the mid-70s, the popularity of Ayurvedic medicine has been steadily increasing, both in India and in developed European countries: Italy, Germany, Greece, Britain, France, Denmark, Switzerland, USA, Persia, Sri Lanka, Bangladesh, Tibet, Nepal, Indonesia, South Africa, Russia (Siberia), Egypt, Libya, Morocco, etc. In these countries, Ayurvedic science is included in alternative and complementary therapies and is often used in conjunction with conventional prescription drugs to treat, or aid in chronic diseases such as joint and skin problems (as recommended by the WHO). Ayurvedic medicine is based on the fundamental principle that the prevention and treatment of disease, maintaining balance in the body, mind and consciousness through proper drinking, eating and living, and the use of herbal preparations, are essential. Even today, Ayurvedic science has maintained its holistic approach to health and the treatment of disease. 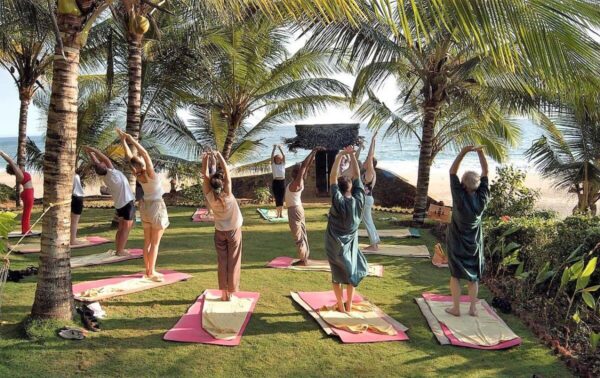 Ayurvedic medicine speaks its own language and claims that a person is healthy when all three bodily excretions – doshas (Vata-Pitta-Kapha) and all five elements (Fire-Earth-Ether-Air-Water) are in balance; when the tissues in the body (Dhatu) are properly developed and function in a balanced way; when metabolic processes are in the body, e.g. digestive fire (Agni) balanced; when the excretion of body excess (Mala – stool, urine, sweat) is balanced; when the spirit is in a state of inner peace and when the senses are balanced. If we talk about Ayurvedic treatments (ways), there are two approaches: home and clinical. Home treatment usually consists of the application of a specific diet (state of body fluids / dosha – pathology), lifestyle correction, medication, certain exercises. Clinical treatment is the Pancha karma program (the highest growing program in the world). There are usually several treatments a day for about two hours, a minimum of one week in a row, depending on age and gender, stage and type of illness / condition. The achievements of Ayurvedic pharmacy have been confirmed in many ways by modern biology and medicine. Medicines, as well as therapy products, are based on a medical system that is thousands of years old, which gives everything the added value of quality, originality and safety. Treatments can be practiced alone, preferably preventively or as an adjunct to allopathic treatment. Ayurveda (Vaidya) does not discourage the treatment of a client in the conventional way prescribed by a doctor or specialist. 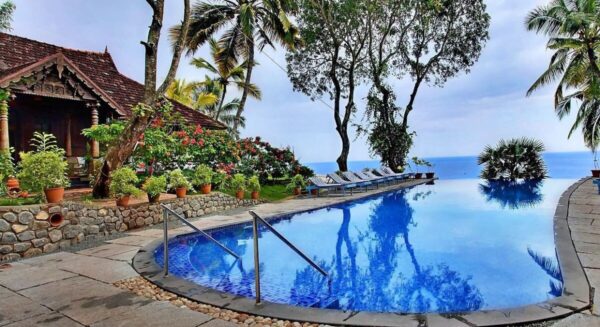 Ayurvedic medicine describes the constituents of the body in the form of 7 levels of skin, 300 bones (including cartilage and teeth), 210 joints, 900 ligaments, 500 muscles, 16 major tendons, 700 veins, arteries and nerves and 107 marmas. Marmas are an important part of anatomy and reflect the key physiological and psychological processes (108 marmas are thoughts) that take place within them. The first Indian physician and surgeon Sushruta (early 6th century) emphasized the importance of marma in surgery. In every surgical operation, it is important to know the location of the marmas so as not to damage them. In its work / education, even now, modern surgery looks equally at the 6 main marma areas in the body. Areas of the head, neck, heart, bladder, endocrine and reproductive systems. This sometimes comes down to just 3 main areas: the lower abdomen (bladder), heart and head. Ayurvedic medicine defines the absence of disease in various aspects of life – in the field of psychology it is defined by mental health; in the field of physical and spiritual condition it is measured by the pathological condition through the areas of sociology, representation in interpersonal relations.